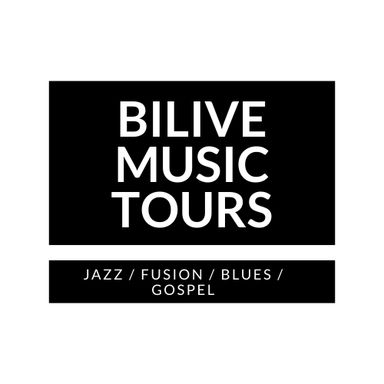 In collaboration with EMMECI srl

Chris Minh Doky heads New Nordic Jazz as they explore the enigma of Nordic storytelling through the sounds of acoustic jazz. His own style of acoustic bass playing is the voice you’ll hear as the tales unfold in lush melodies and solos.

Available: ALL YEAR on request

To describe this trio as an all-star band, would be an understatement. Outside of all being acclaimed soloists and instrumentalists, the combined star power of which these musicians for decades have recorded and toured with - makes it more likely than not, that you already have several albums with them on your playlist. Chris Minh Doky, Mino Cinélu and Gary Husband are now combining their creativity in a new trio exploring the sounds and colors of their combined heritages and shared experiences in music and life. Warm, open and playful interplay is their vehicle in the realm of jazz, pop, folk, world or beyond. With this trio you will experience, through music, that we are all one human race.

Available: All YEAR on request

Born in Guinea and known as the master of the Kora which he makes resonate in a modern way,
Sékou Kouyaté expresses his art through this traditional instrument.
At twelve, he adapted his kora by electrifying it and experimenting with fast riffs and distortions, inspired by funk and jazz.
Offering an instant, spontaneous and vibrant creation, imbued with the Mandingo sounds of the Kora and all the influences
of these three heterogeneous musicians with rich backgrounds of encounters.The multi-awarded Kouyate's music is rooted in his West African traditions and influenced by the contemporary Blues, Soul, Funk and Jazz, that has also been his early inspirations. Sekou Kouyate solo album SABARU, One World Records 2015, won the GOLD MEDAL GLOBAL MUSIC AWARDS 2015,
and was selected for 'World Music Charts Europe Best 100 Albums 2016.

Available: all year on request 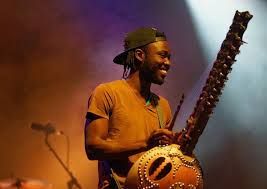 Dam'nco is the new face of the French JAZZ POP scene.
The compositions, which borrow from different musical styles, are directly inspired by the atmospheres of the neighborhoods of Paris where the members of the band live. Dam'nco is a perfect reflection of what 21st century French multiculturalism is all about.
It's colorful music, that makes you want to sing and dance, punctuated with explosive improvisations.
Dam'nco, created by the world known drummer Damien Schmitt, brings together five of the best French musicians of today, who play a definitely modern, forward-looking brand of jazz, with that very special little extra: the famous French touch!
On March 2018 has been released the 2nd Album "FRENCH TOUCH"

available: ALL YEAR on request 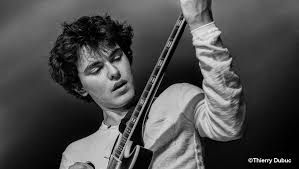 In cooperation with Emmeci srl

Tom Ibarra is a young composer and guitarist of Jazz Funk Rock with instrumental pop influences, born in October 1999.

Noticed at a very young age for his virtuosity and his rich and dynamic compositions, but also for his melodic lines that hold back, he is programmed in national and international festivals and sometimes shares the stage alongside internationally renowned artists such as Didier Lockwood and Sylvain Luc in 2015, Marcus Miller in 2016, Didier Lockwood and Thomas Enhco in 2017 or Richard Bona in showcase at NAMM 2017 in Los Angeles.

Tom was also one of the youngest endorsed by the prestigious brands Ibanez Guitars and DV Mark Amp. He collaborates regularly with Ibanez by composing the music of the videos on which he promotes new models of guitar.

He is the holder of numerous prizes such as the SACEM Young Talent Award 2013 and 2014, the Jazzophare 2015 Special Jury Prize, the Jeune Espoir Action Jazz Prize in 2016, several Rives Awards and the Oloron-Sainte-Marie Notes in 2017.  At the end of 2017, he became the first winner of the prestigious PrixOne Rising Stars Jazz Award, awarded by an international jury including Jamie Cullum, Brian Bacchus, Mikhail Fridman, Karen Frivik and Sebastien Vidal.

In 2015 Tom released his first CD entitled "15". This album received a great success, and on January 2018 he released the second album entitled SPARKLING.

Available ALL YEAR on request

Dean Brown's music knows no barriers by combining Rock, Latin, Funk, Jazz and Fusion to create a fun, dynamic and intense groove. Dean is well known in the world of jazz / fusion music for his powerful virtuosity and the energy he impresses on every note. In this project he is accompanied by two living legends such as Dennis Chambers and Eric Marienthal and by one of the best bass player of the world jazz / fusion scene.

In cooperation with Emmeci srl

Sunny War and Chris Pierce first met at mutual friend, producer/musician Jared Faber’s Silver Lake studio for a meet and greet and out of that meeting was born “Any Day Now”, the first song written and recorded by the collective.  They all felt so inspired by the luck of their first encounter that they tried to repeat it...to see if lightning could indeed strike twice. Each time they got together they wrote and recorded what would ultimately become their debut EP, the self titled “War & Pierce”.
Since, they have also released their highly anticipated follow up singles "On & On” and “Amen”.
They are currently finishing up writing and recording a full album.